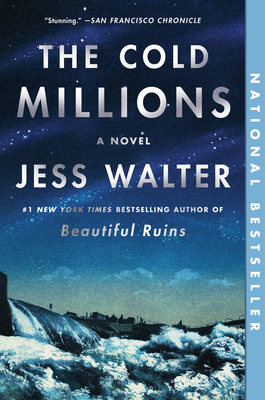 The Cold Millions: A Novel

The gorgeous writing, vivid setting, compelling characters, and engrossing story aren’t even the best parts of this novel. Instead, I just keep marveling at how Jess Walter takes events from history to illuminate our present while keeping them rooted in their own time, from the labor movement to class, race, and gender equality and civil rights issues, to protests and freedom of speech. The northwest in 1909 has never been so relevant. Beautiful Ruins was a hard act to follow but, amazingly, Walter manages it with aplomb.

“One of the most captivating novels of the year.” – Washington Post

A Library Reads Pick | An Indie Next Pick

An intimate story of brotherhood, love, sacrifice,  and betrayal set against the panoramic backdrop of an early twentieth-century America that eerily echoes our own time, The Cold Millions offers a  kaleidoscopic portrait of a nation grappling with the chasm between rich and poor, between harsh realities and simple dreams.

The Dolans live by their wits, jumping freight trains and lining up for day work at crooked job agencies. While sixteen-year-old Rye yearns for a steady job and a home, his older brother, Gig, dreams of a better world, fighting alongside other union men for fair pay and decent treatment. Enter Ursula the Great, a vaudeville singer who performs with a live cougar and introduces the brothers to a far more dangerous creature: a mining magnate determined to keep his wealth and his hold on Ursula.

Dubious of Gig’s idealism, Rye finds himself drawn to a fearless nineteen-year-old activist and feminist named Elizabeth Gurley Flynn. But a storm is coming, threatening to overwhelm them all, and Rye will be forced to decide where he stands. Is it enough to win the occasional battle, even if you cannot win the war?

Featuring an unforgettable cast of cops and tramps, suffragists and socialists, madams and murderers, The Cold Millions is a tour de force from a “writer who has planted himself firmly in the first rank of American authors” (Boston Globe).

Jess Walter is the author of six novels, including the bestsellers Beautiful Ruins and The Financial Lives of the Poets, the National Book Award finalist The Zero, and Citizen Vince, the winner of the Edgar Award for best novel. His short fiction has appeared in Harper's, McSweeney's, and Playboy, as well as The Best American Short Stories and The Best American Nonrequired Reading. He lives in his hometown of Spokane, Washington.

Praise for The Cold Millions: A Novel

“Vibrant…. Filled with a gusto that honors the beauty of believing in societal change and simultaneously recognizes the cruel limits of the possible…. The Cold Millions is reminiscent of the work of John dos Passos and EL. Doctorow…. [A] spirited and expansive novel.” — Wall Street Journal

"Walter has made a major career out of the minor character, and his portrait of Rye ... is generously brought to life with humanity and wit. Walter’s latest novel is more hybrid beast than those earlier books: not quite fiction and not history but a splicing of the two, so that the invented rises to the occasion of the real and the real guides and determines the fate of the invented.... Which isn’t to say the book lacks brio or invention; it is full of both." — New York Times Book Review

“The Cold Millions is a literary unicorn: a book about socio-economic disparity that’s also a page-turner, a postmodern experiment that reads like a potboiler, and a beautiful, lyric hymn to the power of social unrest in American history. It’s funny and harrowing, sweet and violent, innocent and experienced; it walks a dozen tightropes. Jess Walter is a national treasure.” — Anthony Doerr, author of All the Light We Cannot See

“Jess Walter is a superb storyteller. His plot rolls on at a steady pace. His ear for dialogue, whatever the character, is acute. He knows when to amp up the prose with a telling metaphor…. As polished and hard as a diamond, The Cold Millions reminds us of America’s tempestuous past and suggests that all this is anything but past.” — Boston Globe

“It’s a tremendous work, a vivid, propulsive, historical novel with a politically explosive backdrop that reverberates through our own.” — USA Today

“Masterly. . . . Shifting perspectives and sharp plot twists contribute to the richness of the story, bringing a tumultuous time in American history to life. Walter illustrates how injustice can galvanize young men but also wreck them.” — The New Yorker

“Walter puts forth his most ambitious work yet, solidifying his place in the contemporary canon as one of our most gifted builders of fictional worlds....  It's often said that a novel contains the world; Walter brings new meaning to this phrase, peopling The Cold Millions with vaudeville stars, hobos, suffragists, tycoons, union agitators, policemen, and dozens of other vibrant characters. Warm and deeply humane, this transporting novel is a staggering achievement from a landmark writer.” — Esquire

“Stunning…. The Cold Millions feels timed perfectly to this moment of stark income inequality, where the crevasse between billionaires and workers widens and activism increases…. Walter marshals a motley, fascinating cast of characters so finely drawn that they lift from the page…. I haven’t encountered a more satisfying and moving novel about the struggle for workers’ rights in America.” — San Francisco Chronicle

“Superb…. a splendid postmodern rendition of the social realist novels of the 1930s by Henry Roth, John Steinbeck, and John Dos Passos, updated with strong female characters and executed with pristine prose. This could well be Walter’s best work yet.” — Publishers Weekly, starred review

“A work of irresistible characters, harrowing adventures and rip-roaring fun … bursting with a dazzling range of outrageous characters…. One of the most captivating novels of the year.” — Washington Post

"Expansive, beguiling….  In Flynn, Walter has found a sublime heroine: outspoken, brave, and beautiful, too. She takes on Spokane’s brutal and corrupt establishment with the kind of bravura that makes us yearn for her to time-travel to our era. Walter does a masterful job of using historical events and characters to draw parallels with what we face today, but the greatest triumph of The Cold Millions is how it mines literary realism but remains optimistic even in the face of tragedy. It’s a thrilling yarn that simultaneously underscores the cost of progress and celebrates the American spirit.” — O, the Oprah Magazine

“The Cold Millions will break your heart and make you hopeful at the same time.” — Seattle Times

"A story of brotherhood, deceit, love and sacrifice that will have you holding your breath with every turn of the page." — CNN

“The fact that the same author has written books as wildly different and all as transporting as The Zero, The Financial Lives of the Poets, Beautiful Ruins, and now this latest tour de force is testimony to Walter’s protean storytelling power and astounding ability to set a scene, any scene…. We have heard that Jess Walter writes nonstop: Seven days a week, 365 days a year. Please, never stop.” — Kirkus, starred review

“Strung up around true events and a handful of real people, Walter's latest is informed by intensive, ardent research and reverence for his home city; consider this book a train ticket to a past time and place. In addition to boldly voiced characters and dramatic suspense, in this century-ago tale of labor rights and wealth inequality readers will find plenty of modern relevance.” — Booklist, starred review 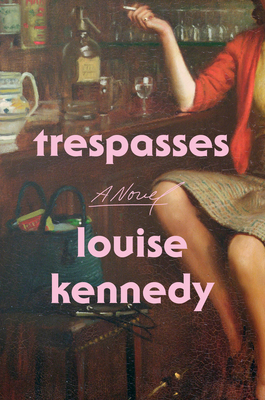 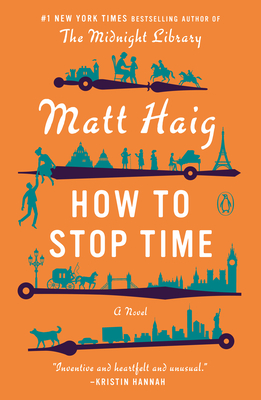 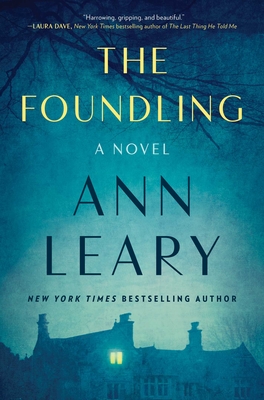 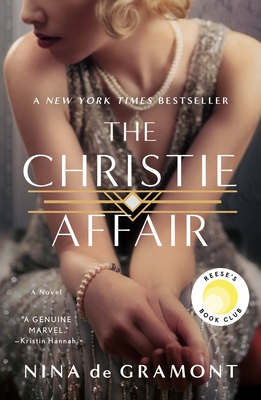 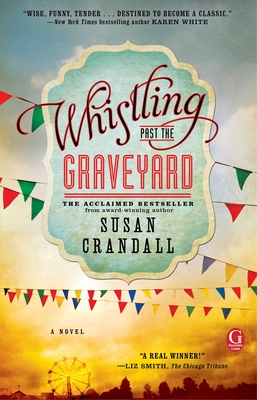 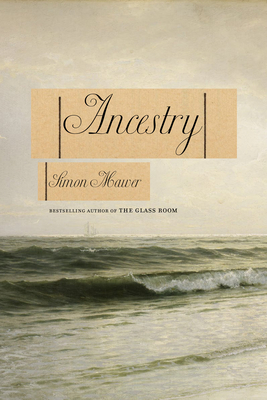 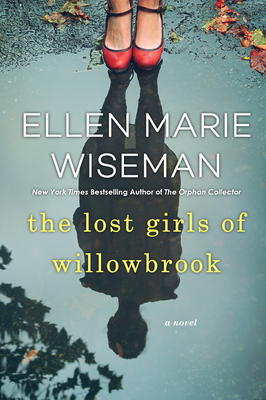 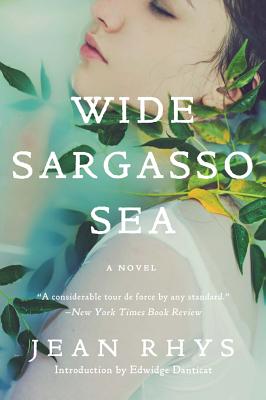 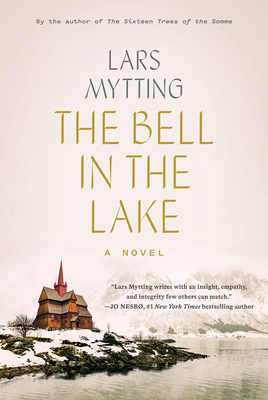 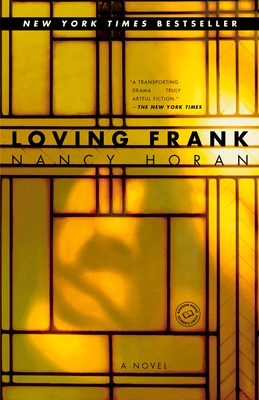 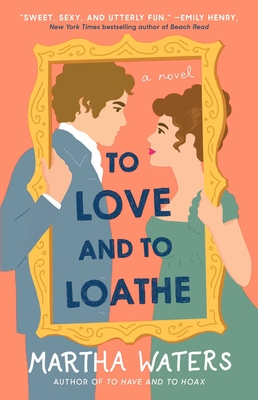 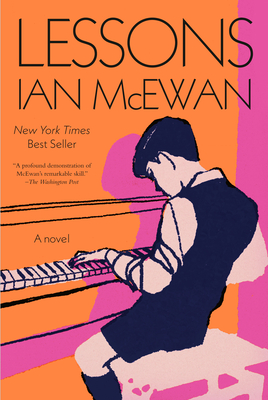 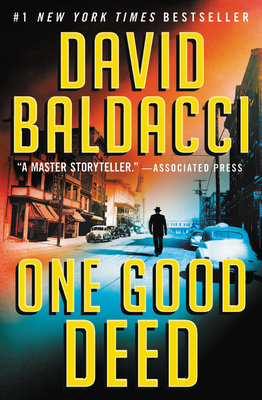 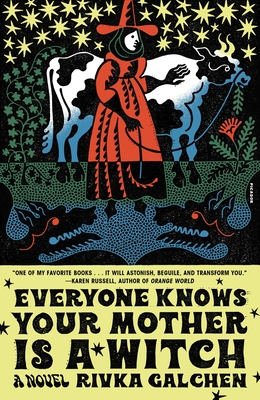 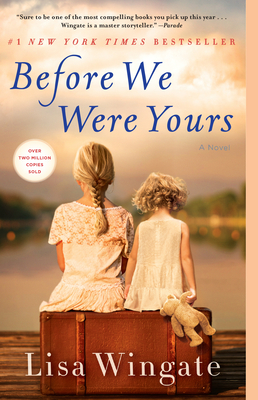 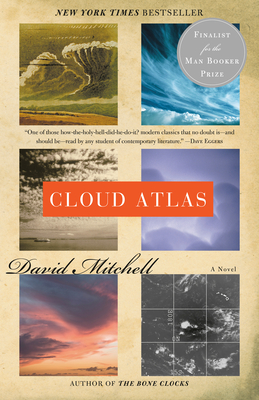 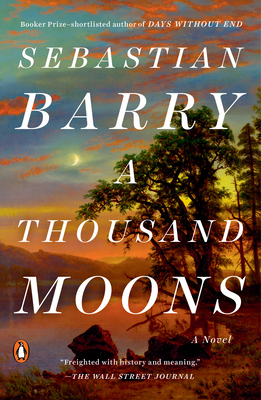